On November 16, 2022, Canada’s National Occupation Classification (NOC) system updated from the 2016 version to the 2021 version. An update such as this is not unusual, as it has been standard practice for Canada to re-evaluate and upgrade to a new version of the NOC every five years since at least the last 15 years. In fact, you can check what your own NOC code has been through the years back to 2006 at this link. With this update to the new 2021 version, two major changes occurred that affect all occupations in the system. 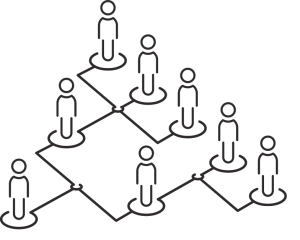 The first major change was a reclassifying of all occupation codes in the NOC system. Now, instead of each NOC code consisting of a 4-digit number, all NOC codes have been updated to a 5-digit number. It is also worth mentioning that some codes from 2016 have been redefined, divided into multiple NOC new codes, and likewise integrated from several 2016 codes into one code in the 2021 version. As such, it is necessary to check carefully what your NOC code has become under the new 2021 version, because it may not be straightforward.

The second major change that has occurred is a change to the skill system and ranking of NOC codes. In the 2016 version, skill levels were ranked as the following:
• Skilled: 0, A, B
• Unskilled (including “semi-skilled”): C, D
With the 2021 version, a new skill system called “Training, Education, Experience and Responsibilities”, or “TEER”, was introduced. As the name might suggest, this system was designed to more accurately and comprehensively rank the skill level of all occupations according the typical training, education, and experience required to perform the duties of the occupation. This has changed the well-known “0, A, B” system to a completely numerical one: 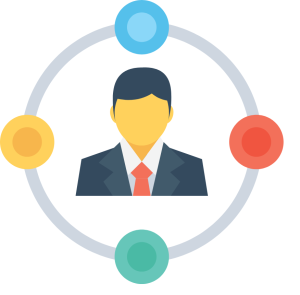 Do you notice some connection between the skill level and the NOC code in the 2021 version? The second digit in the new NOC code now defines the skill level of the occupation. This means that simply at a glance, you can determine what the skill level of the code is. Incidentally, a skill ranking of “3” in both examples above indicates that “occupations usually require a college diploma or apprenticeship training of less than two years; or more than six months of on-the-job training”.

An important note about the new skill system that you should be aware of is that some occupations have now become unskilled under the new NOC. But likewise, some occupations have now become skilled and are eligible for any skilled worker program in Canada. There are 16 occupations that have become skilled, to be exact. This is great news for anyone whose experience falls under one of the following occupations:
• payroll administrators
• dental assistants and dental laboratory assistants
• nurse aides, orderlies and patient service associates
• pharmacy technical assistants and pharmacy assistants
• elementary and secondary school teacher assistants
• sheriffs and bailiffs
• correctional service officers
• by-law enforcement and other regulatory officers
• estheticians, electrologists and related occupations
• residential and commercial installers and servicers
• pest controllers and fumigators
• other repairers and servicers
• transport truck drivers
• bus drivers, subway operators and other transit operators
• heavy equipment operators
• aircraft assemblers and aircraft assembly inspectors

These two changes mean that IRCC and each province’s PNP systems alike have had to update every single webpage and application form that mentions any NOC code or skill system from the 2016 NOC version. This is a daunting task, and we have already seen many new versions of application forms released by both IRCC and each province’s PNP streams in recent days.

So, what do these changes mean for you? If you are currently preparing an application as a worker in Canada, you will have to check if and how your application is affected by the update. This means checking the following:
1. Checking what your new NOC code is, and ensuring you still meet the education and employment requirements of the code;
2. Ensuring that your NOC code is still eligible for your desired program. For example, if you want to apply for a program with a skilled occupation, you must make sure your NOC code is still considered “skilled”.
3. Making sure you are using the most recent version of any application forms and checking that any online guides/webpages reference the new 2021 version of the NOC, including its TEER system.

Navigating the new NOC version and TEER system can be a challenge. But if you need any help, luckily there are many free resources available online. If you feel you need more tailored and detailed advice though, feel free to reach out to one of our immigration professions. Until next time!